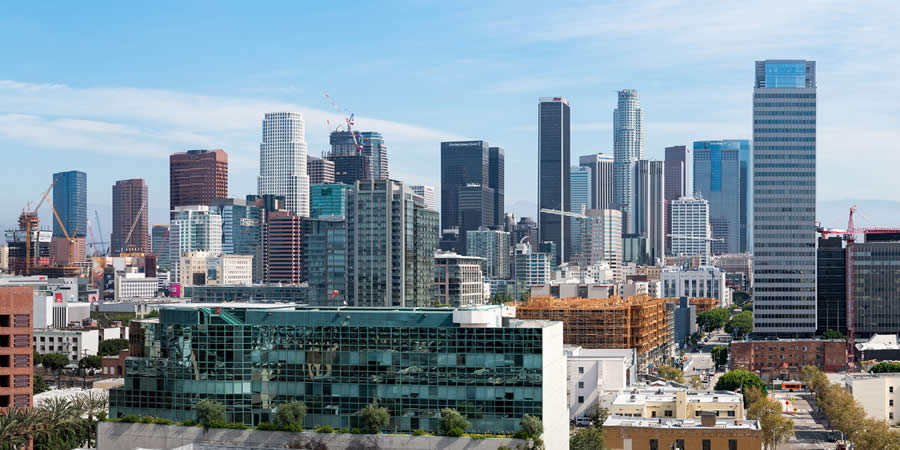 When you visit Los Angeles, the sight of the cranes looming in the sky in all directions shows a city undergoing significant revitalization and re-development. Not so long ago, the Downtown area of Los Angeles went “dark.” This occurred after the hustle and bustle of the normal workday was done and the streets were mostly empty, businesses closed.

Fortunately, Los Angeles has seen significant construction and redevelopment over the past few years. According to the Downtown Center Business Improvement District (DCBID), the population of Downtown Los Angeles was 18,000 people in 1999. Today, the population is estimated at 63,208, with a daytime population of 500,000. The residential inventory consists of 36,964 units with 11,868 under construction and 19,054 proposed for a total of 48,832 units as of the third quarter of 2016. There are 8,163 hotel rooms with 2,765 more under construction and 3,636 proposed for a total of 14,564. Retail has 2 million square feet under construction and an additional 1.5 million square feet proposed. Major industrial activity includes the announcement of Warner Music Group relocating from Burbank to the Arts District where it will occupy 257,000 square feet at the former Ford Factory, which was constructed in 1912.

This will have a significant impact on the Downtown industrial district, which is now known as the Arts District, a fast-growing hub for media and tech. At present, it is estimated that 2 million square feet of office is under construction within the district. According to CoStar, the Downtown Los Angeles industrial trade area contains more than 128 million square feet. Previous 12-month leasing has equated to more than 5.5 million square feet, with a vacancy rate of 4.9 percent. The capitalization rates have compressed in the past year to 3.8 percent with a sales volume of near $1 billion. The traditional industrial uses, such as manufacturing and seafood, continue to decline as reuse or complete replacement of these buildings are attracting adaptive reusers.

As the revitalization continues, the projects will use the buildings for industrial, residential, offices and retail experiences that best represent the changed way we live and work.