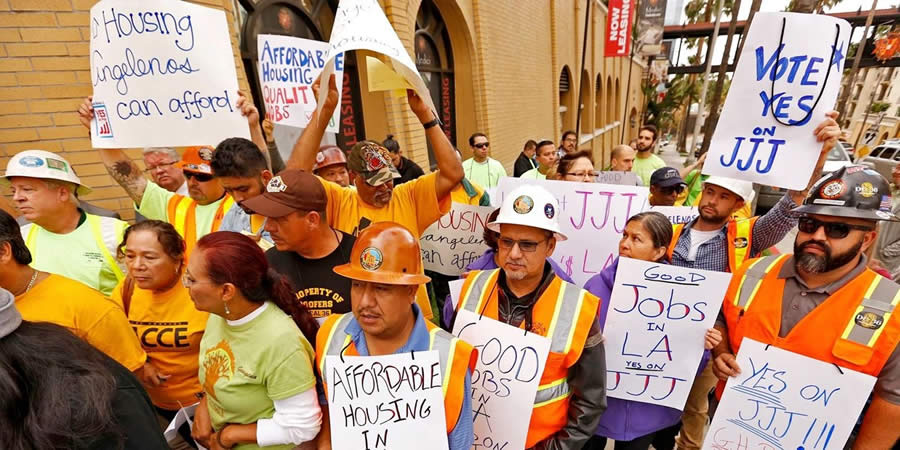 If real estate developers wanted to get city permission to erect taller or denser buildings than city rules allowed, they would have to help provide affordable housing, backers of the measure said. Builders would also have to meet hiring and wage requirements favored by unions. Housing and labor activists argued that Measure JJJ would bring good jobs and affordable homes.

Now they fear that Angelenos could torpedo their plans. Just months after the November election, voters are headed back to the ballot box to decide the fate of another controversial initiative — Measure S — that would restrict real estate development. Labor leaders and other critics say it could effectively roll back much of the earlier measure.

If it passes, “Measure S will block much of the affordable housing that voters just voted for when they approved Proposition JJJ,” Rusty Hicks, executive secretary-treasurer of the Los Angeles County Federation of Labor, said in a statement.