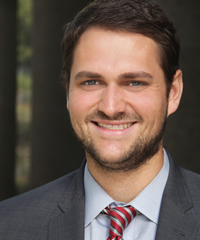 John specializes in investment sales of apartment buildings in the South Bay and greater Los Angeles areas. John has sold an excess of $325,000,000 in apartment buildings and commercial properties throughout his career. John began his career at Marcus & Millichap and after served as a Vice President at James Capital Advisors. John graduated from the University of Southern California with a degree in business administration through the Marshall School of Business. While at USC, John served as an offensive lineman for the football team and was also part of the Sigma Chi Fraternity.